Yes, we’ve crossed the 2000 cases mark!!!
New research assistants, new challenges, and new cases! We've started 2017 in full speed! Since early January, we have great additions to our team, which have helped boost the coding of cases, especially those from Central America and those that involve e-participation. We now have 2054 cases, and there’s more to come!
For several reasons, we had to postpone our planned conference that would take place now in February. We will hold a small launch event in June, when our data will go online. Next year we plan to organize a larger academic conference at the WZB, inviting scholars from different countries to Berlin.
News on cases and publications can be found below, as well as on our website - which has had more than 7000 visitors since December!

We're pleased to announce we've surpassed 2000 cases in our database - 2054, to be exact! That's almost 100 new cases since our last edition, in December. 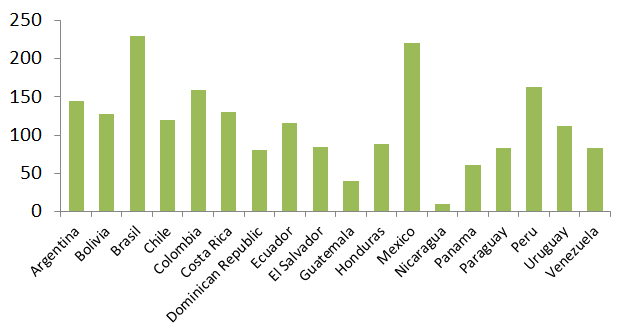 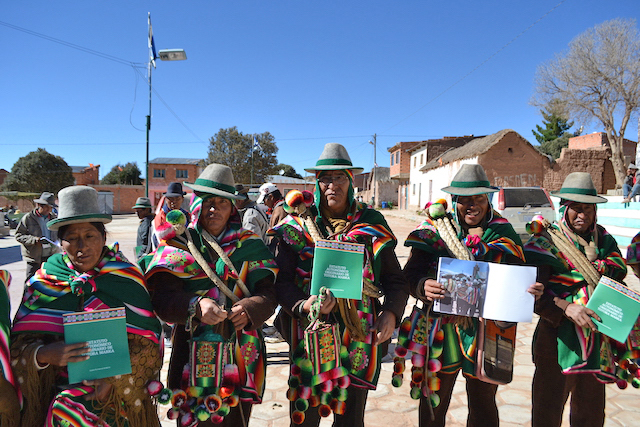 In January, 2017, the predominantly indigenous (Guarani) province of Charagua Iyambae became Bolivia’s first example of an Autonomous Indigenous Government, after a seven-year transition process. The Bolivian Constitution grants autonomy to indigenous municipalities, states and territories – which implies direct elections of authorities, autonomous resource management, as well as legislative, statuary, fiscal and executive administration - when the majority of the population of a territorial unit agrees to adopt this political status, after a series of deliberation processes and referendums.

The process in Charagua was highly participatory in all of its stages. It began with a referendum in December 2009 that decided in favor of converting the municipality into an indigenous people. During the following year, an autonomous assembly formed by residents of the different communities of the province was installed to discuss and elaborate the draft autonomy statute according to their own norms and values. In September 2015, 53% of the population approved the statute in a referendum. Finally, elections were held to select the territory’s leaders and on January 8th, 2017, they took office. Two other territories, Uru chipaya (Oruro) and Raqaypampa (Cochabamba), may also follow, as they are taking the final steps to reaching territorial autonomy - which means that by the end of 2017, Bolivia may have three Autonomous Indigenous Governments.

The implementation of the first Autonomous Indigenous Government has been recognized as a historic milestone for Bolivia. The spokesperson for the Bolivian Supreme Electoral Tribunal (TSE), José Luis Exeni, said that the existence of the first indigenous self-government of Bolivia proves three things: that the constitutional principle of autonomy is possible; that a Plurinational State is possible; and that an intercultural democracy is possible. The High Commissioner for Human Rights of Bolivia declared that the exercise of indigenous autonomy represents a milestone in effectively fulfilling the rights of indigenous peoples and strengthening the democratic and plurinational character of Bolivia.

LATINNO in The Governance Report 2017

The Hertie School of Governance’s The Governance Report 2017 will feature a chapter based on findings from the LATINNO database. The report, which will be published on April 17th, focuses on “policies, programs, and initiatives meant to address the causes of the current democratic malaise, to foster democratic resilience, and to stimulate the (re-)consolidation and development of democratic regimes.”

In the chapter written by LATINNO Coordinator Thamy Pogrebinschi, entitled "Democratic Innovations: Lessons from Outside the OECD", she explains the context in which democratic innovations have evolved in Latin America, claiming some reasons why they have been deemed more successful in the region in comparison to the western world. Using LATINNO data for 14 countries, she argues that some specific institutional design features make innovations more institutionalized in Latin America than they tend to be in Europe or North America, and how this may play an important role in the effectiveness of such initiatives. In conclusion, she lays out a series of recommendations for institutional designers and policy-makers in the West based on the Latin American experimentation with innovations.

If you'd like to know more, keep an eye out for the forthcoming publication, which you will be able to access here.