Summer 2016 came to an end and the LATINNO project is starting the fall season with some exciting new endeavors. Although we had to say goodbye to some of our excellent trainees after they finished their internship with us, we are welcoming new and very motivated collaborators to the team. Our data collection is constantly growing, and we are now advancing into 3 of the last 5 remaining countries: Guatemala, Nicaragua and Panama. We're also revising and updating the data on the first 15 countries we've coded to fill in some missing values - it's not easy to find the information we need to code all 42 variables for each case! Meanwhile, the case descriptions are being prepared to go online in the coming months. This means translating each of our current 1901 cases to all three languages of our website: English, Spanish and Portuguese. It's a lot of work, but we love doing it and look forward to sharing it with you!

When our first newsletter was sent out in August, we had 1696 cases from 16 countries. Now, a little more than a month later, we count 1901 cases from 18 countries! Our team has been doing a wonderful job in identifying new cases, collecting data, coding it, and assessing qualitative information for so many new institutional designs for citizen participation across Latin America. 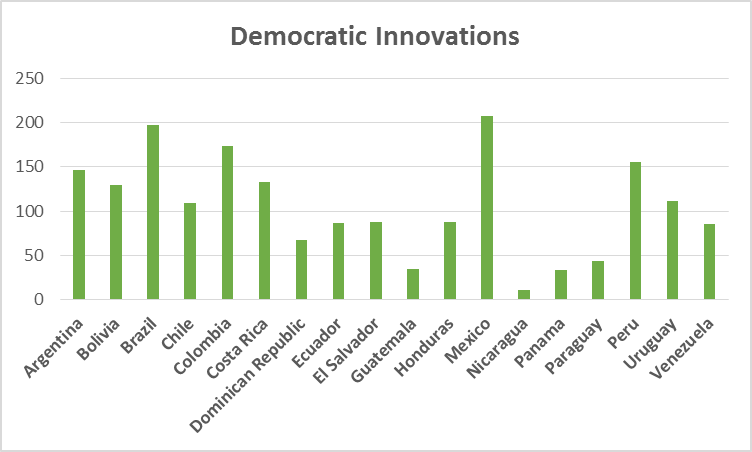 In the last years, new forms of citizen participation have been growing steadily across Latin America. New institutional designs that allow citizens to play a larger role on public issues have been implemented by governments, civil society organizations, and international agencies alike. Among such innovations, one finds an increasing number of forms of citizen engagement that rely on new information and communication technologies (ICTs). The potential of ICTs to increase participation seem clear, as it reduces the costs of time usually associated with participation. Using their own smartphones, citizens can assist local governments to set their policy agenda, as well as report infrastructure problems in their cities. On the other hand, ICT-enabled innovations depend on access to internet and electronic devices that may not be equally accessible in Latin America.

E-participation is one of the four means of participation in democratic innovations investigated by LATINNO. Currently, we are giving those institutional designs a special attention, as we write an analysis for one of our project’s supporters. The study will investigate ICT-enabled democratic innovations in four Latin American countries. It looks which new institutional designs for online and mobile citizen participation have been created in Brazil, Colombia, Mexico, and Peru. In addition to identifying and describing those mechanisms, and the actors and institutions behind them, we will examine the potential of digital participatory innovations to impact on and improve the quality in those countries. Hopefully we will be able to share those results in our website soon! 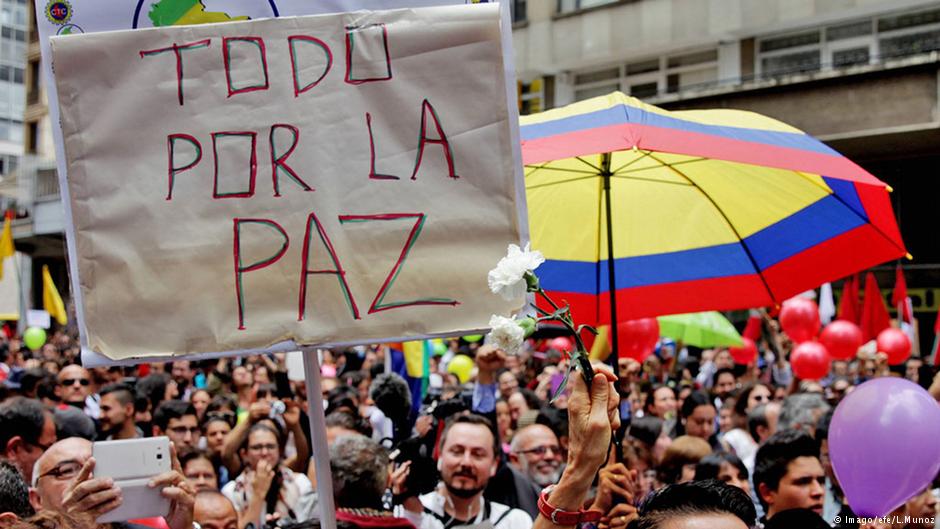 All Eyes turned to Colombia: Direct Voting and Deliberation on the Peace Negotiation

The Colombian government and the largest guerrilla group in the country, FARC, negotiated a peace agreement between 2012 and 2016 to end the internal armed conflict that lasted 52 years. In August 2016, as they reached a final agreement, President Juan Manuel Santos - who mentioned many times during the negotiations that the citizens would have a final say on the agreement - called a plebiscite for October 2nd. There had been some dispute over the form the direct voting should take: a plebiscite in Colombia is a mechanism that only allows voting "yes" or "no" to approve or reject the agreement, in contrast to a referendum, which would give citizens the chance to approve some aspects of it and reject others.

Ever since the final draft of the Agreement was publicized by the government, there has been plenty of deliberation going on in Colombia. Citizens and civil society organizations have been involved in many campaigns and debates. There have been at least 10 campaigns supporting the vote for "yes" and at least 4 for "no". Politicians, intellectuals, political parties, civil society organizations and citizens from different social sectors have been involved in conferences, mobilizations, and other activities seeking to voice, discuss and share their opinions.

LATINNO is watching the evolution of the peace agreement in Colombia closely, and our local coder in Bogotá is making sure the case is registered with full details in our database. We hope that the extensive deliberation involved in the process will allow Colombians to make a well-informed decision on Sunday, when they will be able to directly express their preference in the plebiscite!
Share page